Homemade Apple Butter | See in this post how I make my apple butter step-by-step. 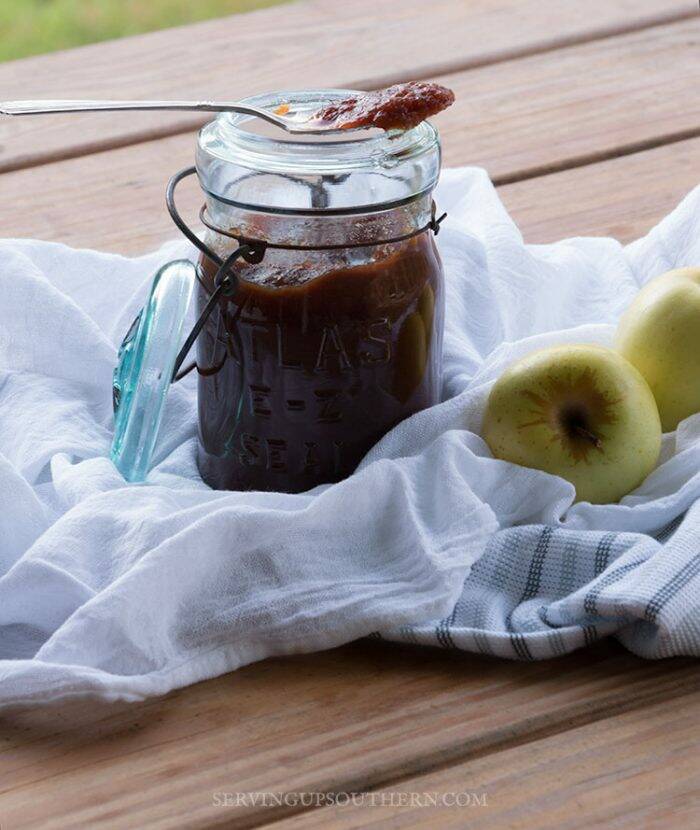 I don’t know about y’all, but I grew up eating Homemade Apple Butter. As a child, one of my favorite things was to dig into was mom’s, fresh out of the oven, homemade biscuits with a block of sharp cheddar cheese and a jar of homemade apple butter.  It never grows old…I still love to eat it.

I always make homemade apple butter when I do my homemade applesauce.  While I’m canning the applesauce the apple butter is in my roaster oven simmering away.  The bonus of this is the delightful aromas of mixed spices wafting throughout the house.  It smells amazing!  The recipe I’m sharing was my precious nanaw’s recipe.  I think of her and smile every time I make it.

If you have read my applesauce post here, I promised you I would explain the cooked apple cores on the bottom shelf of the cart.

Here’s the deal – I use apple cores to make my apple butter.  Before you think whatever it is you’re thinking let me explain.  One of my very smart sisters-in-law showed me this technique, and I have since been doing it for years now. The apple cores are run through the food mill after they’re cooked, the seeds and stems are separated from the sauce.  If any little specs make it through, they are not seen since apple butter is dark in color. You might be thinking you’ll pass on this idea, but before you do let me tell you that I got 25 pints of apple butter from 3 bushels of apple cores.  THAT’S a lot!  And…it would have all gone to waste. I like my applesauce to look pretty (we eat with our eyes first). In doing it this way, my applesauce is nice and spec-free, BUT if a spec makes its way into the apple butter I don’t see it since it’s seasoned with spices that make it turn it dark in the cooking process.  Waste not, want not, right!?

Here are the cores beginning to cook. 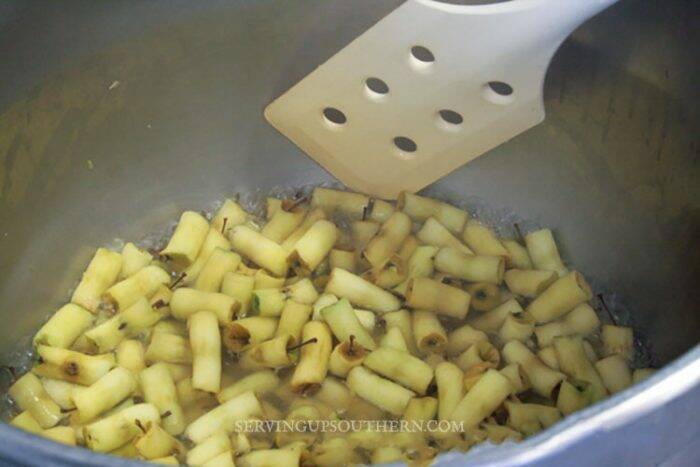 Here are the cores beginning to cook. 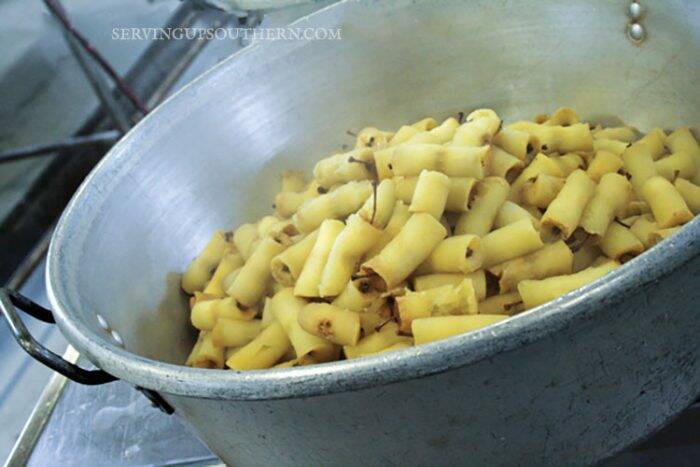 This is after they’ve been dipped out of the steam pot and into the pan…ready for the food mill. 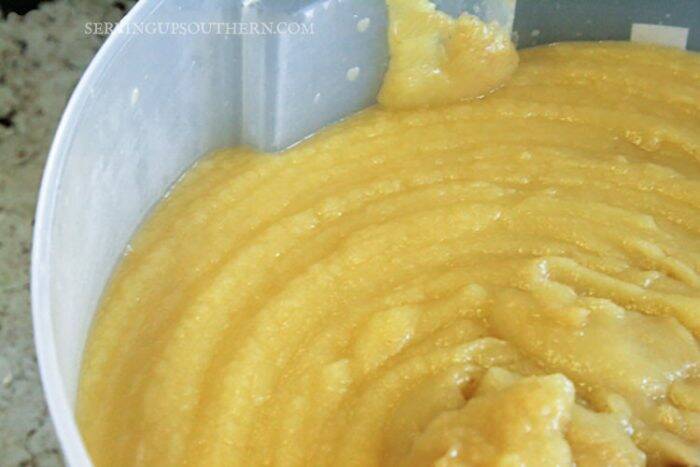 And, here’s what’s left of the cores after being run through the mill.  Can you believe it!  Who knew those little ole’ cores would yield that kind of sauce. 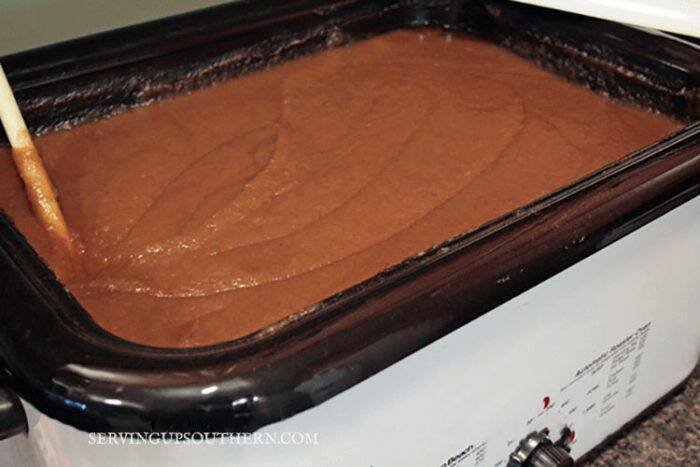 I pour the applesauce into my roaster oven and then add brown sugar, cinnamon, cloves, and allspice.  So simple!  You will let this simmer for 3 hours.  Cook slowly until it’s thick enough to round up on a spoon.  Be sure to stir often.  If it becomes to thick you can add water or apple juice to thin.  If you do not have a roaster oven, a black enamel turkey roasting pan works great in the oven. They no longer make my roaster oven, but this one from Amazon is similar to what I have. 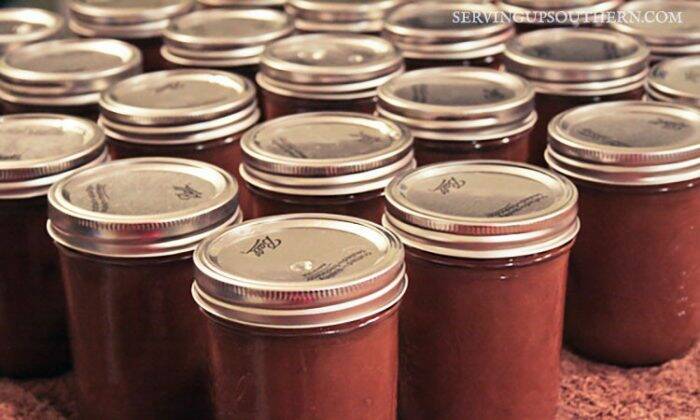 Next, fill clean warm ball mason jars with the apple butter and process in a boiling-water canner for 10 minutes.   Perfection in a jar!

And a little FYI – a jar of this makes a great gift for the holidays.

These Are Similar To The Items I have And Use For Making Homemade Apple Butter: 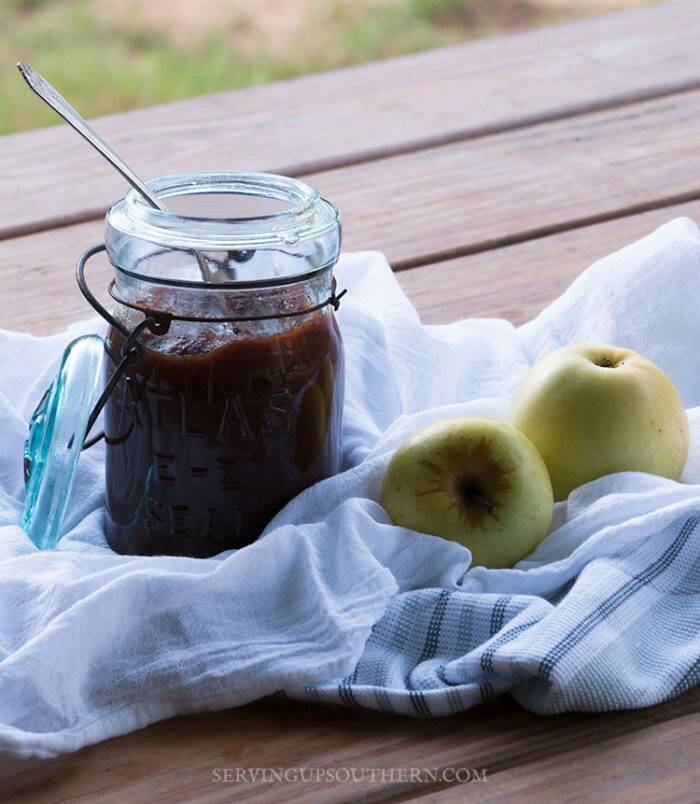 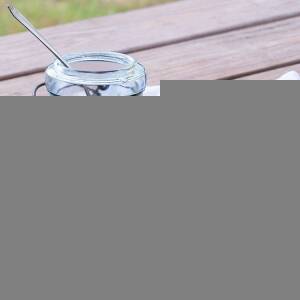 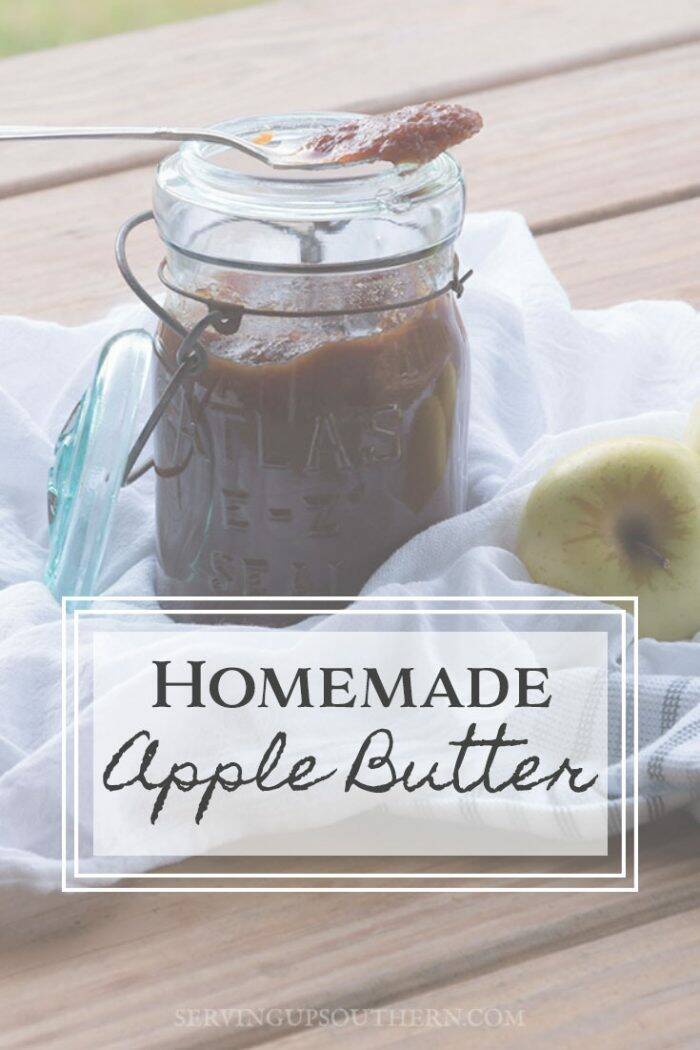