These Snickerdoodle Blondies have that all-familiar signature cinnamon topping on a soft and chewy blondie bar. Add a tasty glaze – perfection.

What is snickerdoodle anyway?

It’s a type of cookie rolled in a cinnamon-sugar mixture characterized by a cracked surface. They can be crisp or soft depending on how and with what they are made.

So, what are snickerdoodle blondies?

Let me tell you; I was thrilled to discover there was such a thing.  They are a bar version of the cookie and are brownie-like with a cinnamon-sugar coating that bakes into a  crackly-crust adding a nice texture to the blondies.  I like to drizzle them with a simple vanilla glaze, but they are equally delicious without it.

How to make them? What will I need?

You’ll go through a couple of steps following the recipe below. The ingredients come together and make these delicious bar cookies. Even though they are plenty tasty without it, I still highly recommend making the glaze and drizzling it over the snickerdoodle bars.

This snickerdoodle blondies with cinnamon baking chips recipe made the cut when it consistently turned out time and time again.  The ultimate test was when I took them to a super bowl party where they were devoured – along with many compliments.

Although these are textured more like a brownie, they have the same familiar cinnamon tastes as the cookies.  I love baking bars.  They are no doubt, less time consuming than making individual cookies.  They’re easy.  They’re foolproof.  They’re all in one pan.  These bars smell wonderful as they’re baking with the cinnamon aroma slowly wafting throughout your home.  They’re quite possibly my favorite blondie recipe thus far. 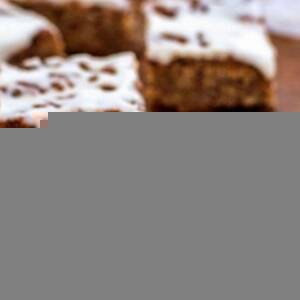 Recipe from Serving Up Southern

This website uses cookies to improve your experience while you navigate through the website. Out of these cookies, the cookies that are categorized as necessary are stored on your browser as they are essential for the working of basic functionalities of the website. We also use third-party cookies that help us analyze and understand how you use this website. These cookies will be stored in your browser only with your consent. You also have the option to opt-out of these cookies. But opting out of some of these cookies may have an effect on your browsing experience.
Necessary Always Enabled
Necessary cookies are absolutely essential for the website to function properly. This category only includes cookies that ensures basic functionalities and security features of the website. These cookies do not store any personal information.
Non-necessary
Any cookies that may not be particularly necessary for the website to function and is used specifically to collect user personal data via analytics, ads, other embedded contents are termed as non-necessary cookies. It is mandatory to procure user consent prior to running these cookies on your website.
SAVE & ACCEPT